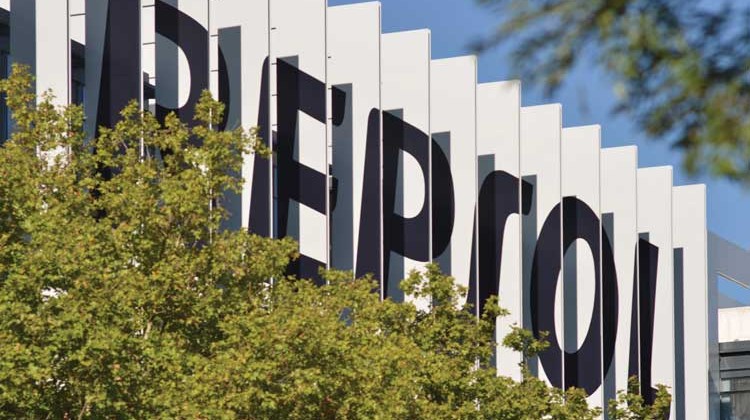 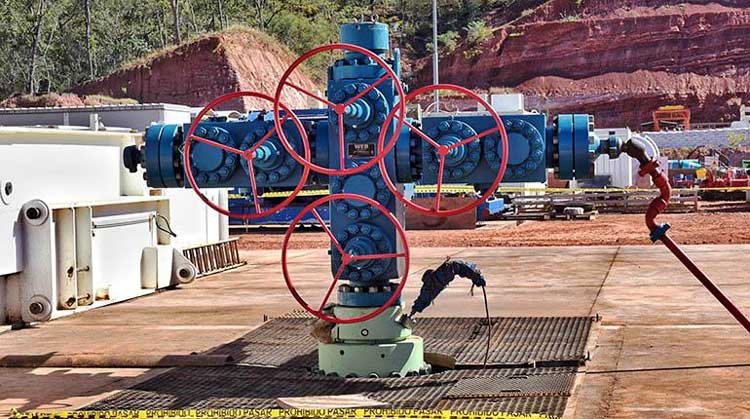 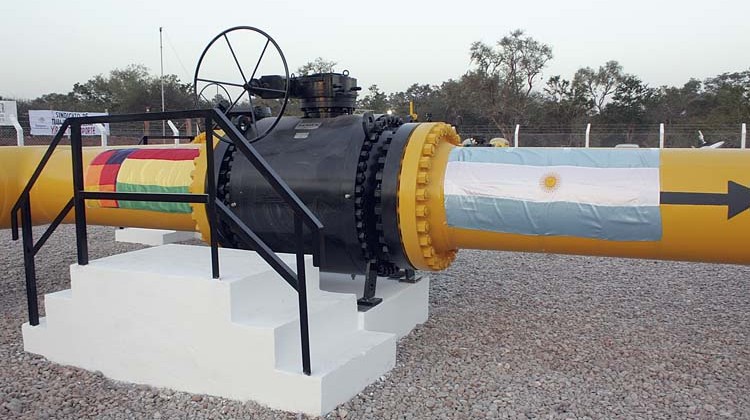 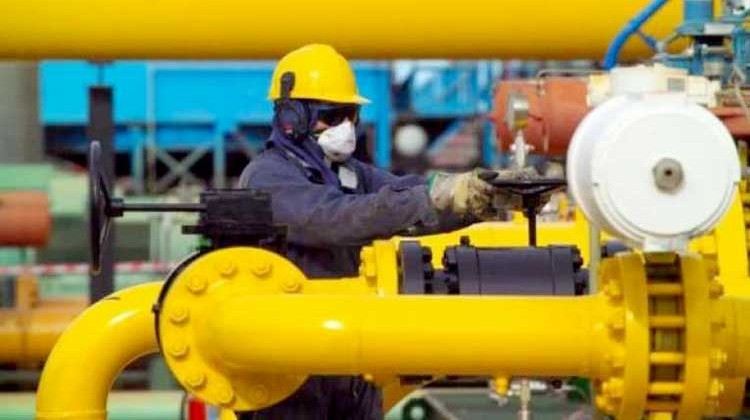 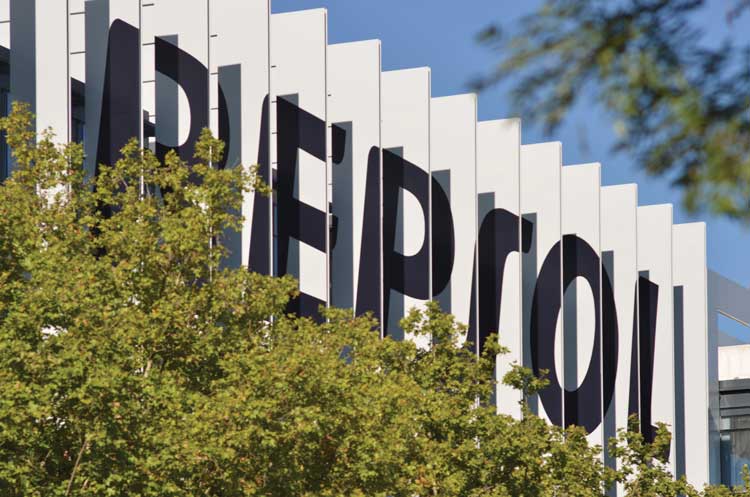 In the first half of the year, Repsol obtained a net income of 1.546 billion euros, compared to the 1.056 billion euros earned in the same period of 2017. This represents a 46% increase, and the company’s highest net income recorded for this period in the last ten years.

In addition, adjusted net income, which specifically measures the progress of Repsol’s businesses and excludes inventory effects, was 1.132 billion euros, a 12% increase compared with the 1.015 billion euros earned between January and June 2017.

The company relied on the flexibility afforded by its integrated business model and on the efficiency and value-creation measures implemented to achieve success in the first half of the year. Compared to the same period of last year, it was marked by higher crude oil prices (Brent +36%), lower gas prices (Henry Hub -11%), and the weakness of the dollar against the euro, as well as an international environment that was less favorable to some industrial businesses in general, and petrochemicals in particular.

The Upstream unit’s performance was positive, with earnings of 647 million euros: 91% higher than the earnings obtained between January and June of last year. This figure is the highest recorded by Repsol in the first half of the year since 2012, when Brent prices averaged 113.6 dollars per barrel, compared to an average of 70.6 dollars per barrel in the first six months of 2018. The implementation of the synergies and efficiencies program, increased production and higher crude prices enabled better performace from the unit.

The Downstream unit earned 762 million euros in this six-month period, in which the areas of Marketing, Trading and Gas & Power and LPG stood out. On the other hand, the Refining and Chemicals areas were affected by the weakness of the dollar against the euro, a more complex international environment, and maintenance shutdowns at some industrial facilities.

EBITDA stood at 3.811 billion euros—23% higher than the 3.108 billion euros earned between January and June 2017—demonstrating the strength of Repsol’s integrated model.

Net debt decreased by 64% in the year through June 30th to 2.706 billion euros. During this period Repsol’s shares saw a 14% increase in value, outperforming the Ibex 35 and peers in Europe.

As the objectives set out in the 2016-2020 Strategic Plan were achieved two years earlier than projected, and after the sale of the stake in Naturgy Energy Group (formerly known as Gas Natural SDG), Repsol presented its updated strategy through 2020 on June 6th. The strategy is based on three pillars: an increase in shareholder compensation; profitable business growth in Upstream and Downstream; and the development of new businesses connected to the energy transition.

In the latter area, Repsol took a significant step forward on June 27th, reaching an agreement with the Macquarie and Wren House funds—valued at 750 million euros—to purchase Viesgo’s non-regulated low-emissions electricity generation businesses and its gas and electricity distributor.

The agreement will have economic effects from January 1st, 2018 and is slated for completion in the fourth quarter of the year, once the necessary regulatory authorizations have been granted. It consists of the acquisition of a low-emissions generating capacity of 2,350 megawatts (MW) and a portfolio of around 750,000 customers, allowing Repsol to strengthen its position as a multi-energy provider.

The adjusted net income of the Upstream unit increased by 91% to 647 million euros, compared with the 339 million euros earned in the same period in 2017.

The company’s management and the implementation of its efficiencies and synergies boosted the unit’s results, and greater production and improved crude oil price realization were crucial to the increase in earnings.

In the first half of this year, Repsol reached a hydrocarbon production of 724,000 barrels of oil equivalent per day, a 6% increase with regard to the first six months of the previous year. This increase was due to the startup of projects in Trinidad and Tobago, the United Kingdom, Algeria and Malaysia, as well as increased contributions from Libya and Norway.

During the period, the company completed three exploration wells and one appraisal drilling project with positive results in Russia (1) and Colombia (3). One project in the latter country was carried out in the CPO-9 block, part of the Akacias development project of which the first phase was approved in 2018.

In Norway, the company signed an agreement in early February to acquire 7.7% of the Visund field, located in the North Sea. With this deal, Repsol is significantly increasing its production in the country to reach approximately 30,000 barrels of oil equivalent per day.

In the first six months of the year, gas production also began in Bunga Pakma, Malaysia, and Repsol began development of the Buckskin project in the United States. The company also acquired new exploration blocks in various bidding rounds in Mexico, Brazil, and Norway.

The Downstream unit recorded an adjusted net income of 762 million euros, compared to the 929 million euros it earned between January and June 2017.

The industrial businesses, Refining and Chemicals, were influenced by a less favorable environment, the weakness of the dollar against the euro and planned maintenance shutdowns at the industrial facilities in Puertollano, Spain; Tarragona, Spain; and Sines, Portugal. These halts allowed the company to implement improvements in innovation, efficiency, and productivity, enabling Repsol to remain at the forefront of the sector in Europe

The refining margin indicator during the first half of the year stood at 6.9 dollars per barrel, placing it above the company’s projections and among the best in Europe. The company also increased distillation at its facilities thanks to plants´ utilization improvement.

The area of Trading and Gas & Power increased its earnings due to higher margins and the low temperatures recorded during the month of January in the northeastern United States. Similarly, the LPG business improved its performance with better margins of regulated packaging, and benefited from increased demand due to lower temperatures in Spain.

For its part, the Marketing area increased its earnings and sales, while continuing to innovate in order to provide more value to customers. Repsol has integrated the El Corte Inglés shopping card into the Waylet application, enabling the card’s 11 million users to pay at Repsol service stations and earn 4% of the total amount spent for purchases at El Corte Inglés.

Furthermore, as part of its growth strategy for digital business, Repsol acquired 70% of the digital platform Klikin earlier this year. This has allowed its Waylet app to evolve it into a universal means of mobile payment that can be used at additional points of sale beyond service stations.

In the month of January, the company also announced the launch of its new car sharing service, WiBLE, in partnership with Kia. It will begin operating in Madrid during the second half of the year.

In March, Repsol opened its first service stations in Mexico as part of its international expansion strategy. This marks the beginning of a long-term project through which the company aims to gain an 8-10% market share in the country in the next five years.

Reorganization of the management team

The Board of Directors of Repsol, under the chairmanship of Antonio Brufau, has resolved today upon the proposal of the CEO, Josu Jon Imaz, to restructure the management team concluding, at the highest level, the adjustments made in the last weeks after the recent update of the Strategic Plan. This restructuring is aimed at boosting business and reinforcing the Company’s technical capabilities to face the new challenges in its commitment to the energy transition.

In the financial area, the former Corporate Director of Strategy, Control and Resources, Antonio Lorenzo Sierra, will replace Chief Financial Officer (CFO) Miguel Martínez San Martin, who leaves the company after an extensive professional career. The Board of Directors, through its Chairman, expressed deep thanks to Miguel Martínez San Martín for the brilliant and successful work he has carried out at Repsol.

Following the new appointments, the Corporate Executive Committee of Repsol, headed by the Chief Executive Officer, Josu Jon Imaz, will be integrated by the following Executive Managing Directors:

The General Counsel and Secretary of the Board of Directors will continue under the responsibility of the Executive Managing Director Luis Suárez de Lezo Mantilla.